Some time ago I built a mining rig for mining crypto-currencies (‘Ether’ to be more precise). I am not going to explain all the technical details, but it’s a very powerful computer that does only one thing: Running a so-called hashing algorithm.

Hashing is the transformation of an input into a usually shorter fixed-length output value that represents the original. It is for example used for securing communication by scrambling – or encrypting – messages.

Hashing is also used in the crypto-currency world and with my powerful machine I have been ‘mining’ some cold (digital) cash which I exchanged for real dollars. That was fun.

The most rewarding thing was not that I made some money (I mined while bitcoin and other currencies reached record highs), but the process of building the rig. I had never assembled a computer before and didn’t know much about crypto-currencies. But that didn’t stop me. 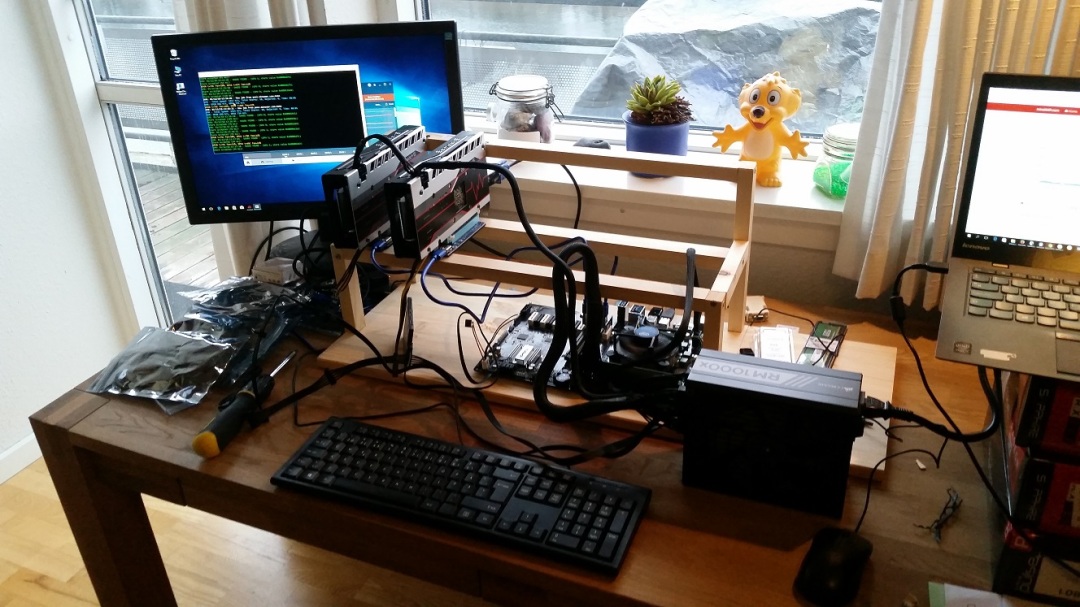 As you can see in the picture, I even built a wooden frame for the computer (despite me having two left hands). Yes, a frame. Not a cabinet. The computer was so big and produced so much heat that it had to be in the open air to avoid overheating. That it heated the entire room in wintertime was a pleasant (and money saving) side effect (don’t ask about the summer!). The noise it produced wasn’t.

Some people thought I was crazy when I told them about my project. Building a computer that spits out money; I admit it sounds insane.

For me it made sense though. Mainly because it wasn’t really about the money. Well a bit, but it wasn’t my main motivation. It was about the process. About building a computer, which I had never done before. And not just an ordinary one, but a mining rig. I simply wanted to see whether I could do it.

And I could. It was great fun building it. And I acquired some new skills in the process.

It took me several months of reading, planning, ordering components, assembling and error finding before I finally got it to work. But when it finally did the machine managed to do 150 million of calculations per second. Mind blowing isn’t it? The nerd in me thinks so. Also, I have never been so happy seeing Windows starting up!

Some people build little machines that when you turn them on, they turn themselves off. Utterly useless. But hilarious. And it requires skills to build them.

As far as I am concerned, the slow process of developing an idea, figuring things out and turning the idea into reality gives me joy and enriches my life.

Our interests vary of course and you don’t have to build a mining computer or a useless device that turns off the moment you turn it on. This is about doing something you haven’t done before. Something that is brand new to you. You’ll be faced with a learning curve. You will need to be patient in order to acquire new skills.

Whether it is learning how to build a computer, cook, mastering a new language, making music, become an amateur whiskey connoisseur or how to survive above the arctic circle, it doesn’t matter.

And to be honest, the journey to FIRE is very much the same. The idea is to produce sufficient wealth to become financially independent, allowing me to retire early. To achieve that I need to learn, plan, execute. And that process is as rewarding to me now as early retirement will be once I reach it. That’s how I look at it at least.

My next ‘let’s see whether I can do it’ project is building a vintage radio receiver with vacuum tubes.

Something like the radio shown below. Much smaller though, with a home made cabinet. 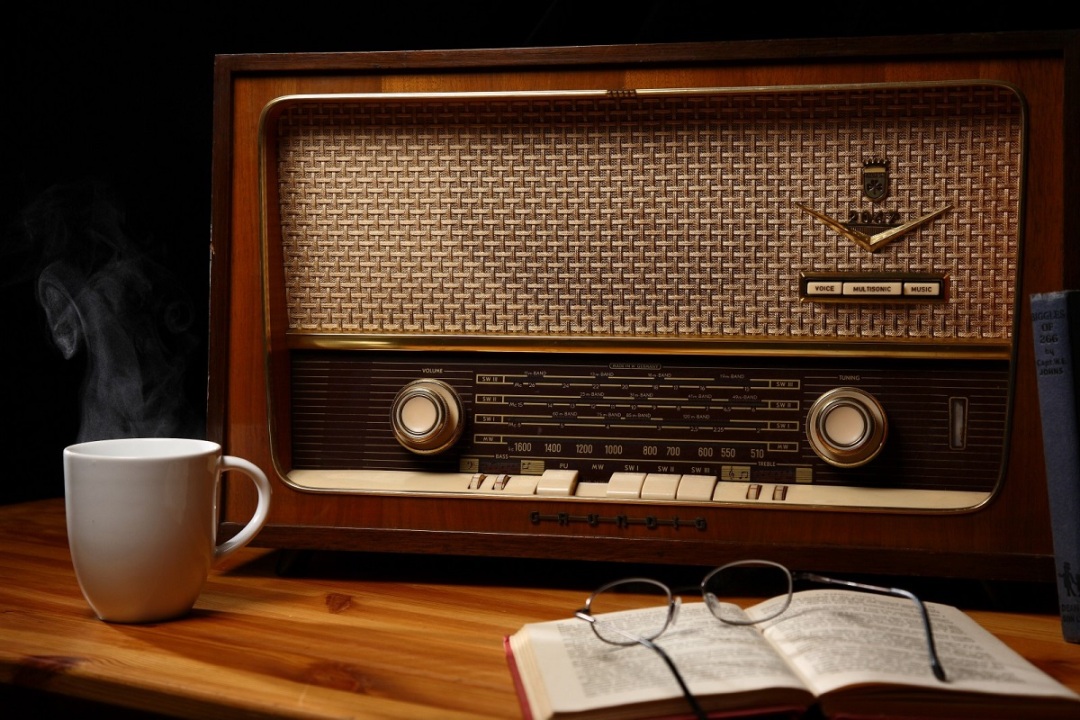 It may seem random, but it really isn’t.

It is very much related to what FIRE is all about for me.

I’ve written about this before in my post Typewriters And Tape Recorders.

Financial independence for me is about winding down. Recover some of the lost simplicity again. I know that I have the choice already today. To make things simpler I mean. I can’t quit my job just yet, but I can simplify my life. Be conscious about how I use the limited spare time I have. And use my imagination more. Create adventures. I don’t need Netflix for that. But a good book would help.

Building a vintage radio receiver is almost symbolic. It’s about winding down and using my imagination. It is a device from simpler times. Building it will be like traveling back. It’s a time machine.

Another explanation is that I am just getting old. Granted, looking back is a function of your age. The older you get, the more you reminisce about the past. And let’s face it, I’ve reached an age where most years are behind me (I am not saying the best years). The future is shrinking. It’s exciting (in many ways), but shrinking nonetheless.

But I am not dwelling in the past. It’s just that some things in the old days were pretty awesome. I mean, how cool (and clumsy) were typewriters, reel to reel tape recorders, phones with dials, remote-less black & white tellies and Walkmans? Just to name a few things.

And how cool were radios with vacuum tubes?

Just for the record, they were no longer a thing when I was young. I am not that old yet.

Anyway, I will keep you posted on the progress of course. Let’s see whether I can build a monster machine that can’t mine crypto-currencies, but does allow me to tap into the secret world of shortwave radio broadcasts….

Do you have any ‘strange’ and ‘not so strange’ projects and/or hobbies? Would love to hear about them!