July was awesome! I had a three week break from work and the weather cooperated beautifully. And because I had refrained from planning any trips I could submerge myself in vacation bliss from the very first moment after leaving the office. No suitcases to pack, no rushing to airports, standing in line at check-in counters and no delayed flights. Did you know that research shows that only a very relaxed holiday boosts vacationers’ happiness? Verifying this with a minimal sample of one vacationer (myself) is not concluding anything. But I sure felt happy!

The increase could have been higher were it not for last week’s rather steep decline due to the trade war between the US and China. When is it going to end??

Anyway, I am not complaining. Things are progressing nicely.

July saw only a minor capital gain. But as long as it’s positive I’m not complaining! 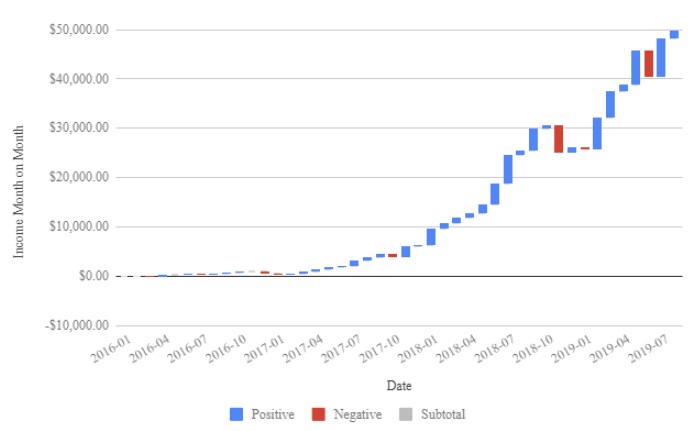 My Mintos investments live their own life. I haven’t invested more funds in this asset for a number of months now, but the return keeps accumulating (and is automatically re-invested using Mintos’ auto-invest feature).

Livepeer is the latest addition to my portfolio. I will soon post an article that explains more about how it works, but I’m essentially earning interest on my investment. In cryptotokens that is.

In short, I purchased a specific cryptotoken for fiat currency and bonded this to a transcoder in the Livepeer video streaming network. By doing this I get a portion of newly minted tokens (roughly once a day). It is like earning interest by putting money in the bank.

To be clear, this is a high-risk investment. Some of the risks include:

Why did I make this investment?

The income in July was a mind-boggling $337.50. Note that income is a result of a) new tokens that I received (the interest) and b) the increase/decrease in value of the Livepeer token. The former is pretty stable (around 45 tokens a month), while the latter (the value) is volatile.

Keep in mind that all numbers are unrealized. I keep everything invested in the cryptotokens. 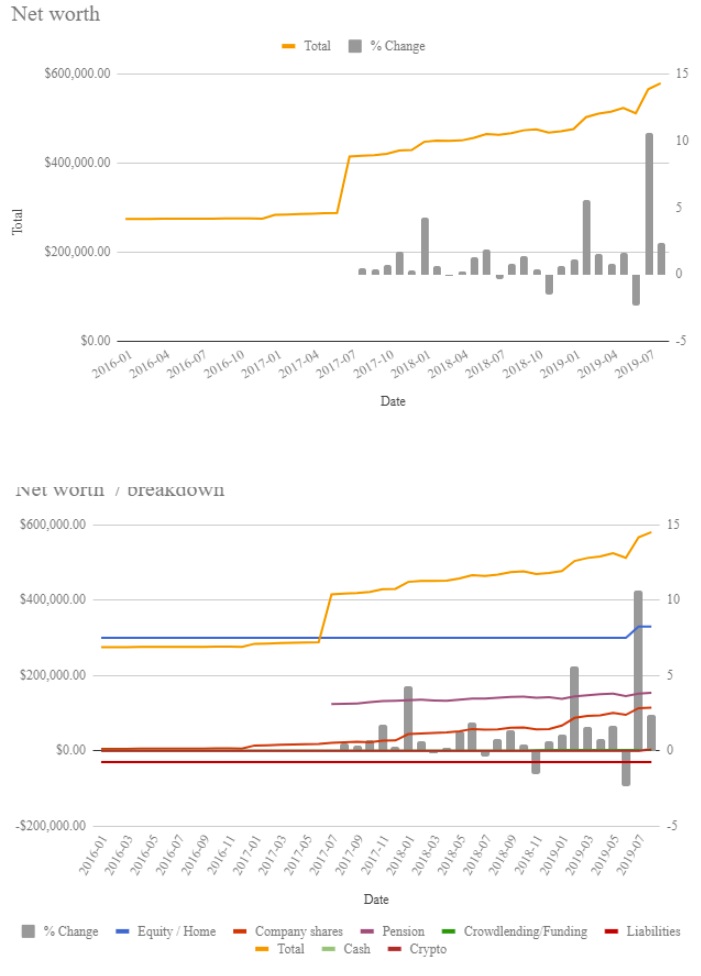 My plans for August:

That’s all for this time!